Just a few kilometres from Bromma is royal Lovö island, home to impressive Drottningholm Palace. Cycle a 13 km loop around the island on gravel tracks and country lanes, and return via charming Lovö Magasin for a delicious barbeque dinner. Add a hiking loop to your cycle trip and you have a full day of activities perfect for your company or group.

Gather your group at one of our start points in Bromma and once you are all equipped with bikes and maps then it's time to set off on your cycle adventure. After a couple of kilometres you cycle past beautiful views to Drottningholm Palace, a visit to which can be arranged on request. After Drottningholm you enjoy the smaller country lanes and dirt tracks through lovely Lovö countryside, passing Hogsta - the oldest farming village on the island with many historic buildings.

En route you pass a couple of hiking loops, Rävstensstigen or Kärsön loop, if you want to add some variety and make a full day of your trip. You may also be curious to visit Lovö Museum with its exhibition and historic buildings including the bakery and smithy dating back to the 1600s.

After passing recognisable Lovö Church, dating back to the 12th century, it's time to head back along country lanes to Rörby folk museum and Lovö Magasin where a delicious barbeque buffet will be waiting for you. A full spread of exciting seasonal salads, homemade sauces, dressings and dips, using local produce served together with homemade sausages on the grill is sure to be real feast.

Lovö Magasin
Lovö magasin is all about local production, handmade produce, small-scale suppliers and passion!
A charming venue set in the historic buildings of Rörby folk museum where you can be seated outside in the garden courtyard or inside the rustic barn.
Their vision is to create a calm and creative environment for stressed city dwellers to come and unwind, just moments from town. 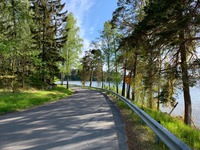 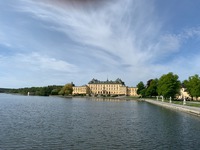 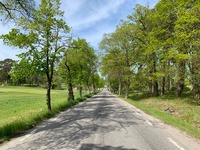 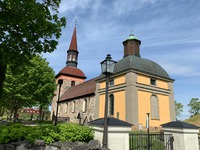 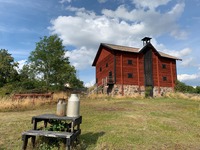 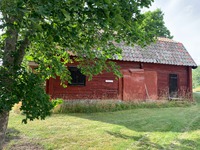 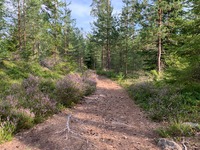 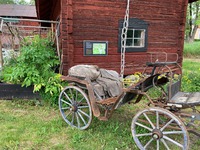 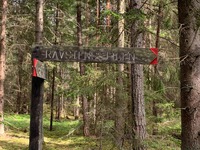 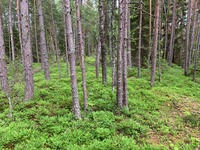 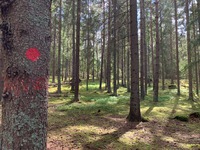 Back to our group/company trails